Matchday 5 for Uefa Champions League Groups A to D takes place on Wednesday night where the headline game sees Manchester City host PSG and this game will have a big bearing on who tops the group.

Manchester City top this group with 9 points whilst PSG have 8, Club Brugge have 4 points and Leipzig have just 1

City's 3 wins in this group were accompanied by a flood of goals. They beat Leipzig 6-2 in Manchester on Matchday 1 and more recently they saw off Brugge 5-1 away from home and then 4-1 in Manchester. The only blemish on the UCL record came against PSG on Matchday 2 in Paris when they were beaten 2-0.

City were 3-0 winners at home to Everton in the EPL on Sunday and they are second on the log, 3 points behind Chelsea.

PSG are unbeaten in this group but they have fluffed their lines in both their away fixtures so far. Last time out they were held to a 2-2 draw at Leipzig, conceding an injury time penalty to hand City top spot in the group. On Matchday 1 they were also overwhelming favourites for a visit to Brugge and had to settle for a 1-1 draw. The beat Leipzig 3-2 in Paris and their stand out result is the 2-0 win over City where Messi scored their second goal

PSG have won 12, drawn 1 and lost 1 of their Ligue 1 matches so far and they are already 9 points clear at the top of the log.

Aside from the earlier meeting in this group the teams also met in the semi finals last season and City won the first leg 2-1 in Paris and then finished the job with a 2-0 home win in the return.

PSG fielded Mbappe, Neymar and Messi in their 3-1 home win over Nantes at the weekend and City were missing De Bruyne (Covid) and Grealish (minor injury) so keep an eye on the team news.

If Brugge fail to beat Leipzig in the other group match then a draw would see both these teams through. Finishing in top spot and in theory a better chance of a more favourable last 16 draw is another factor to take into account but slight preference is for a share of the spoils. 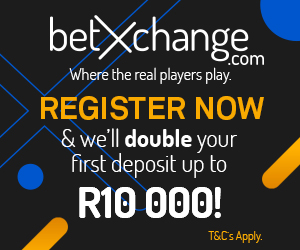