The Dutch came through Group C with a 100% record, recording wins over Ukraine (3-2), Austria (2-0) and North Macedonia (3-0) to top the quartet 3 points clear of Austria whilst Ukraine's 3 points was enough to make the last 16 as a best third place finisher.

That group didn't look particularly strong and all their matches were staged on home turf in Amsterdam but other than a wobble when coughing up a 2-0 lead against Ukraine (before recovering to find the winner) the Netherlands got the job dome with some ease.

Wijnaldum has scored 3 of their goals in the tournament so far, Depay and Dumfries both have 2

Netherlands's odds to win the tournament are now around 9/1

Czech Republic finished third in Group D with 4 points, 3 shy of England and just behind Croatia on goal difference with Scotland missing out. They had a third place finish as good as in the bag heading into their final group match with England at Wembley which they lost 1-0.

Czech Republic won their opening match 2-0 against Scotland in Glasgow thanks to a goal in each half from Patrik Schick. Next time out Schick scored the opening goal against Croatia from the penalty spot and the Czech's were 1-0 up at half time but Croatia fought back and the game ended 1-1.

To qualify for the next round under any means of victory Netherlands are priced at around 7/20 and Czech Rep 2.35/1

The Czech's looked pretty useful in qualifying although they don't seem to have too many obvious sources of goals. Although the Netherlands results take the eye and goals have been easy enough to find they move away from Amsterdam now and they will have to be at their best to deliver for favourite backers.

I prefer the goalscorer markets to the match result and Memphis Depay has scored 9 in his past 10 games for his country including 2 in this tournament and he gets my vote to pop up any time.

Italy and England will contest the final of the European Championship at Wembley on Sunday and the betting suggests there will be very little between the sides.

Wednesday's European Championship semi final sees England and Denmark clash at Wembley and England come into the game as favourites to win the game and to go on to lift the trophy. 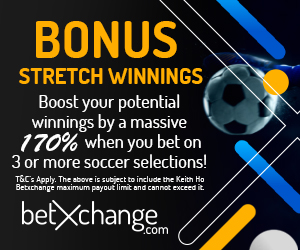